This year I had time to knit my nieces and nephew in Washington State Halloween gifts:


Fingerless Mitts for my niece Justice. This is one of the yarns I got in my dyeing swap this summer.

Vera's socks, she wanted some purple stripey socks so I used a gradient purple and alternated it with white.

Wookie impatiently waiting for his Thanksgiving plate of food!

And scarfing his dinner!

posted from Bloggeroid
Posted by Walden at 5:10 PM 2 comments:

Just one week before the storm, enjoying our lovely 60's.

Wookie loved our bit of the Buffalo Snow Storm.

Sleepy Wookie, the snow tuckers him out!

Posted by Walden at 8:30 AM No comments:

This year for John, my brother-in-law, I knit him, my sister, and my niece matching socks! I took about a million pictures as I was super proud of these, but I won't drowned you all in them and will just show a few.


Here is the picture my sister sent me after they received the socks!

I love to see the size difference between the pictures, from left to right, Kid's 11, Women's 6, and Men's 13.

I did all the math to make sure the socks matched exactly! I love how they turned out, but here is a good reason not to do this again:


This is just one pair of socks for ends to weave in, multiply this times three! It was craziness!

Eleanor would like me to do the same next year, but she'd like her doll to match them also.  Which I will do, but if they are stripey, it'll be self-striping!  :)
Posted by Walden at 8:30 AM 2 comments:

I meant to blog about this when I got it, but I forgot. The Dyer's Notebook had a giveaway for one of her Alice Kits and I won!

This is how it arrived, in a cute little box!

This is the first real knitting bag I have ever owned and I so very much love it!

The yarn is a little lighter in color.  It's a single merino that I am using as part of a reversible hat.

My relationship with my wheel is very much on and off. Pulled her out of the corner though and cleaned her and did a little spinning. A couple years ago I purchase enough of this fiber to hopefully spin enough to make a sweater . . . I am still spinning it.

I'm not sure that I'll still make a sweater out of it when I am done, but I am sure at this speed, I have plenty of time to decide what to do with the yarn.
Posted by Walden at 8:30 AM 2 comments:

Doll Flashback to the Past

When I was young my main crafting outlet was making dolls and clothes for them. I loved doing it and everything I made was hand sewn, even the hair was yarn that was stitched strand by strand into the dolls head. They were time consuming and I primarily stopped making them because I didn't think the time I put into them were appreciated by the recipients, especially the last two I made . . . I know this is a bad reason, but it's true. I loved making the dolls though.

My sister, Rhoni, informed me yesterday that one of the dolls I made 18 years ago had made it's way from my Grandma Cheryl to my niece Eleanor.

Most of my dolls were made faceless, as I preferred this, but there was a chunk of time in which I put iron-on faces on them, because other people preferred that they have faces. This face mostly lasted 18 years, just a bit of the eyebrows and the lips are missing. I was informed they were lost partially due to a trip or trips through the washer... the iron-on faces I do not believe were meant to last going through a washer and dryer, so that is to be expected.

My sister took a comparison picture, the baby doll is about 12" long, so the sewn doll is quite large, I believe she was made as a 24" doll and was one of the very few that I made that large.

Seeing it was a nice walk down memory lane and almost made me want to make them again.

Wookie loves the snow and colder weather, so he was quite happy with the snow flurries on our walk!

This is my absolute favorite scent of Lo-Lo Bar!

Posted by Walden at 1:53 PM No comments:

Isn't Fall awesome?  Loving the cooler weather and all the Fall smells! 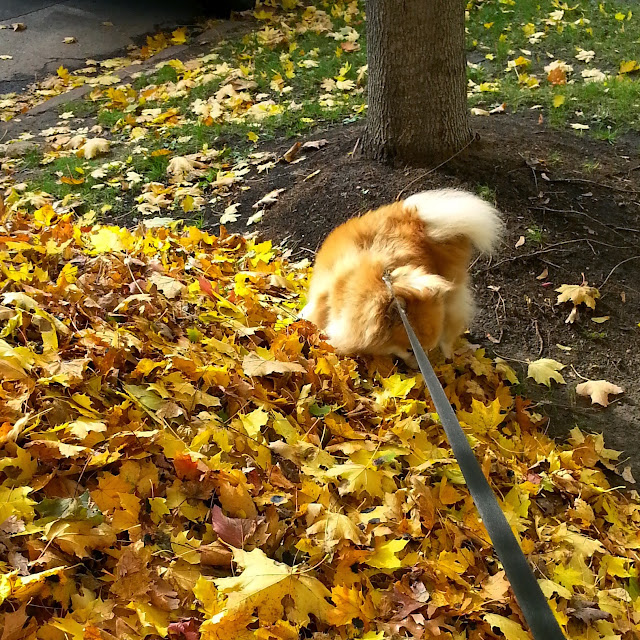 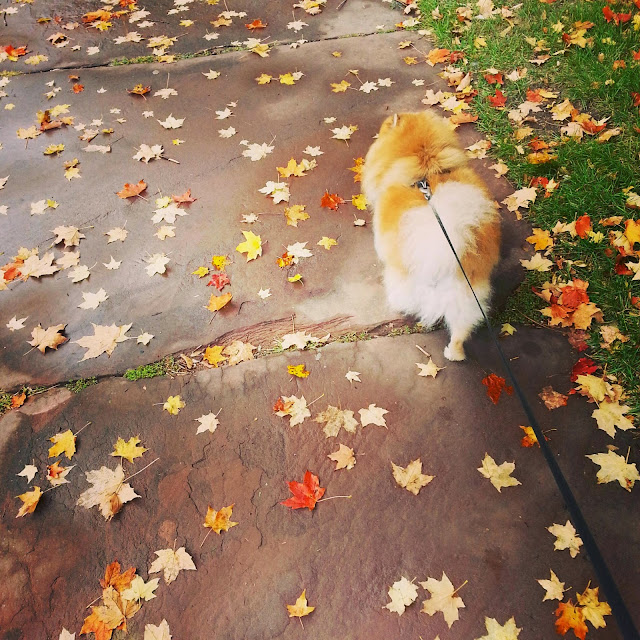 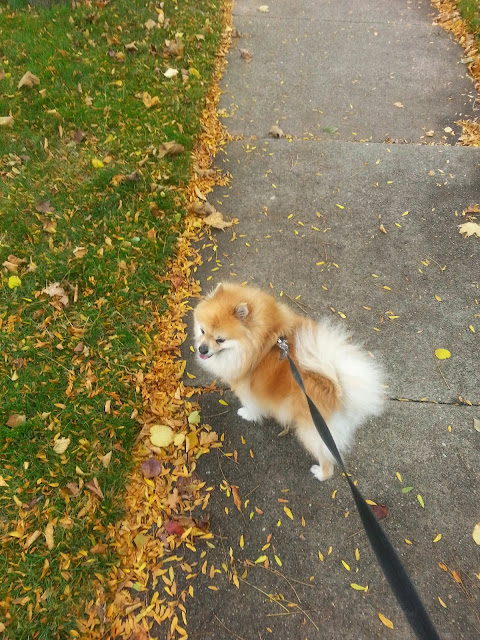 Posted by Walden at 1:33 PM No comments:

I know I disappeared, going back to work sucked more energy out of me than I expected!   I have a bunch of stuff to share with you, but for today I'm going to leave you with the little doll socks I just finished! 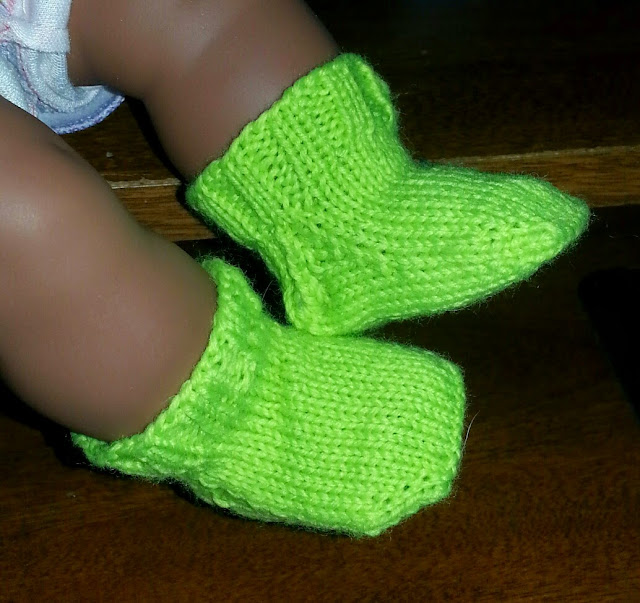